Informative text from the FDA to place on your tobacco prevention website.
Back to results

Tobacco Use in the Military: A Danger for Those Who Keep Us Safe

Preview Text for Your Web Page 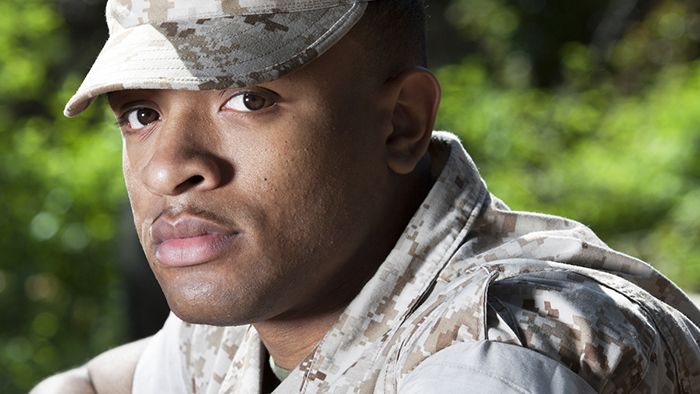 United States military personnel—both active duty members and veterans—are willing to risk their lives for their country and to preserve American freedoms. But, this population can be at risk for preventable disease and death caused by tobacco use as a result of unique factors influencing tobacco use in the military including stress, peer influence, boredom, camaraderie and morale-boosting, and easy access to discounted tobacco products.1,2 Research has found high rates of smoking initiation among military personnel3,4 and current smoking among veterans is higher than the national adult average,5 which underscores the need for comprehensive efforts aimed at reducing cigarette smoking in the United States.

According to a 2018 analysis of 2010-2015 data from the National Survey on Drug Use and Health, about 30 percent of veterans self-reported current (i.e., past 30-day) use of cigarettes, cigars, smokeless tobacco, roll-your-own, and/or pipe tobacco, with the majority of the users (21.6 percent) reporting current cigarette smoking.5 Among active duty personnel, the U.S. Department of Defense (DoD) found in its 2015 Health Related Behaviors Survey that nearly 14 percent of its personnel self-reported current smoking.6 Current cigarette use in the military has decreased since 2011 and is actually lower than the general population, but there is variability by service and military occupational specialty,6 as well as differences in use between men and women.1

One explanation for the disproportionate rate of tobacco use among veterans as compared to the general population is that tobacco use has been a norm within the military for many years, often used not only as a means of building camaraderie with other members, but also as a means of mitigating stress. The stress and psychological trauma involved in combat can often be overwhelming, and many military personnel list tobacco use—particularly smoking—as a means of stress relief, particularly when deployed, despite studies showing that smoking actually worsens stress.7, 8

Smoking’s Impact on the Health of Military Members

While no tobacco product can be considered safe to use, cigarettes pose the greatest risk to health. In addition to directly causing a litany of serious health problems from cancer to fatal lung disease to heart disease, smoking can exacerbate existing health conditions. This is concerning considering many military personnel are already at an increased risk for health problems due to the nature and geographic location of their jobs which may expose them to environmental toxins associated with silica containing sand, burn fuel pits, and poor air quality. Research from both the U.S. Department of Veterans Affairs (VA) and DoD shows a correlation between deployment to Iraq and Afghanistan and respiratory illnesses.9,10

For example, a study of more than 46,000 participants from the DoD's Millennium Cohort Study found that 14 percent of those who had deployed to Iraq and Afghanistan developed new respiratory symptoms—defined in the study as chronic or recurring cough or shortness of breath—compared to 10 percent in those who did not deploy.10 Another study of more than 768,000 veterans also found that—in comparison to non-deployed troops—those who served in Iraq and Afghanistan have a greater risk of developing respiratory illnesses like asthma and chronic obstructive pulmonary disease.9 These findings highlight some of the unique and serious health concerns facing military personnel that may be further compounded by tobacco use.

In an effort to reduce and prevent the harms associated with combustible tobacco use among all Americans, especially those disproportionately affected by cigarette smoking such as members and veterans of the military, FDA is considering lowering nicotine in cigarettes to minimally or non-addictive levels. If enacted, such an action is expected to have a substantial impact on population health by helping addicted adult smokers quit cigarettes while preventing future generations of kids from becoming addicted to cigarettes in the first place. In fact, one modeling estimate found that if a nicotine product standard is put in place by 2020, nearly 8 million premature deaths caused by smoking would be avoided by the year 2100.11

E-cigarette Use in the Military and Its Potential Benefits 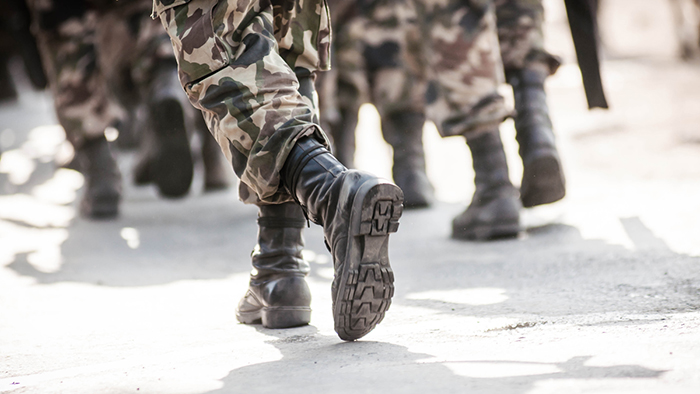 Another consideration under FDA’s comprehensive plan for tobacco and nicotine regulation is whether some addicted adult smokers who cannot or do not want to quit using nicotine products altogether may benefit from switching exclusively to a non-combusted tobacco product, such as e-cigarettes. While more research is needed to understand e-cigarettes’ possible impact on health, both at the individual and population levels, preliminary studies suggest e-cigarettes are potentially less harmful than combustible cigarettes.

According to a 2018 report by the National Academies of Science, Engineering, and Medicine (NASEM), “there is substantial evidence that—except for nicotine—exposure to potentially toxic substances from e-cigarettes is significantly lower compared with combustible cigarettes.” The report also found that completely switching from cigarettes to e-cigarettes may offer addicted adult smokers a significant harm-reduction opportunity.12 However, there is insufficient evidence to support claims that e-cigarettes and other electronic nicotine delivery systems (ENDS) are effective cessation devices, and dual use of cigarettes and e-cigarettes may increase a user’s toxicant exposure levels overall.

Understanding the potential risks and benefits of e-cigarettes is important in the context of military health since the military has seen a rise in e-cigarette use among members. In 2015, nearly 36 percent of military personnel reported having ever used e-cigarettes and about 11 percent identified as daily e-cigarette users, an eight-fold and three-fold increase, respectively, since 2011.6

Smoking Cessation: Making a Plan and How to Get Help Quitting 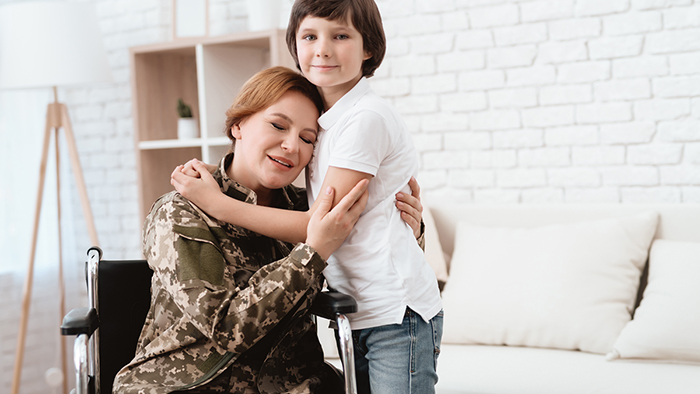 While some tobacco products might be less harmful than cigarette smoking for both active duty service members and veterans, the best option for long-term health is cessation. Quitting is often difficult and may take several attempts13, but it is possible. With each quit attempt, tobacco users learn more about what works and doesn’t work to remain tobacco-free. And the longer an individual is able to stay quit, the greater chance the body has to heal. Keep in mind that there are multiple strategies to quit and what works for one individual serviceperson may not work for another, especially taking into account different stressors related to certain military positions and missions.1

Nicotine replacement therapies (NRTs) are an effective tool to use when trying to quit and can double the chances of quitting smoking successfully.14 Many NRTs—like lozenges, gum, and patches—can be used in conjunction with each other and are able to be purchased over the counter.15 Though NRTs are intended for short-term use during the withdrawal period from nicotine addiction associated with tobacco products, they may be considered safe for long-term use at the discretion of a healthcare provider.

In-person and phone counseling used with NRTs has been shown to increase the chances of cessation.16 VA offers many resources, including medication and counseling, and the 1-855-QUIT-VET quitline for veterans enrolled in VA healthcare. Active duty and retired service military members and their families who receive health coverage outside of the VA can receive cessation treatment and counseling from Tricare and other DoD programs.17